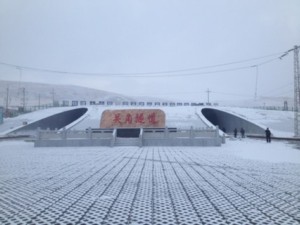 The New Guanjiao Tunnel is a key project of the second line of Xining-Golmud section of Qinghai-Tibet Railway with a total length of 32.690km.
The tunnel, a two-set single-track tunnel with an average elevation of 3400m, operates with freight and passenger electrified railway with a design speed of 160km/h, and with overall consideration, borehole- blasting method has finally been chosen. The construction stage began on 6thNovember, 2007 and the tunnel was opened up for operation on 28thDecember, 2014.
The total investment is 4.96 billion RMB.
Presented by Shaohua Chen - China Railway First Survey & Design Institute Group Co.,Ltd 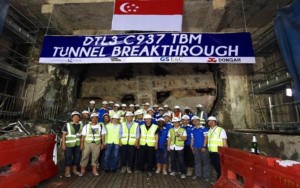 As Singapore’s underground space becomes more congested with various competing needs; such as underground basements, utilities tunnels and metro infrastructures, the construction of new underground metro lines has correspondingly become more challenging, complex and pushing the boundaries of engineering. This tunnelling project encountered many challenges such as cutter head interventions to remove foundations of buildings, close proximity to national monuments and in-service metro lines with only 1m separation. the tunnelling at such close proximity to the ’live’ tunnels, which carry hundreds of thou- sands of commuters daily, poses exceptional high risk. This project has since been successfully completed with no disruption to any community partners.
Presented by Esen Sze - Land Transport Authority

Outstanding Project of the Year (up to €50M) 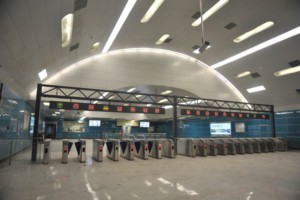 Chongqing Hongqihegou metro station is a transmitting one for line 3 and line 6 in Chongqing, china. The station is located in busting area of Chongqing, and under the main road to airport, where there are many buildings around. It is built in moderately weathered sandstone and moderately weathered sandy mudstone.
The minimum cover thickness of the overburden strata of the project is 8.6m, and the rate of overburden to span is 0.4. Its maximum excavation section is 760m. The concept of the “inner rocks” and the “inner rocks supporting” tunneling method were put forward in the project. The whole tunnel section is divided into four drifts. Two are on the top and another two in the bottom to be excavated. In this way, four drifts can be driven simultaneously. By using the inherent bearing capacity of «inner rocks supporting», the horizontal and vertical temporary support of the tunnel is saved. Moreover, the “time-space” effect is controlled precisely for the safety of the force transmitting between primary support and ﬁnal lining.
Presented by Xiao Longge - China Construction Eighth Engineering Division Corp., Ltd

Renovation/Upgrading Project of the Year 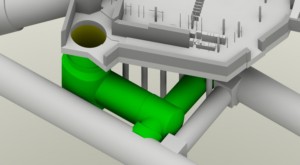 Technical Innovation of the Year 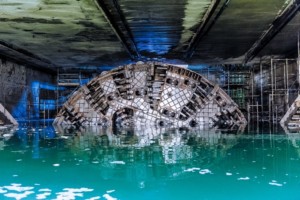 The shield-driven tunnel of metro line 4 in Rio de Janeiro (Brazil) has an approximate length of 5.2 km. The excavation was performed using a hybrid earth pressure balance shield with an excavation diameter of 11.51 m and passed through complex geology that included a long stretch of pure sand bounded by two stretches of hard, highly abrasive rock. Considerable reduction in materials, for conditioning consumables, and energy of power consumption were achieved with this hybrid EPB technology.
Presented by Julio Pierri & Alexandre Mahfuz - Construtora Noberto Odebrecht SA and Marc Comulada – Maidl Tunnelconsultants

Environmental Initiative of the Year

The Emscher Project - Back to Nature! 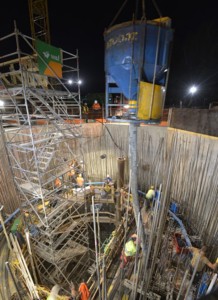 The Emschergenossenschaft in Essen is currently progressing one of the largest environmental projects in the world, namely, the restructuring of a whole river system. This system has been used as an open wastewater transport system for more than 100 years as a consequence of extensive coal mining activities. After 2020 the whole river Emscher, (total catchment 865 square-kilometers) will be transporting clean water again. To reach this target, it will be necessary to build a large 51 km long, underground sewer from Dortmund to Dinslaken, through a densely populated conurbation. This central Emscher sewer will have diameters varying between 1600 and 2800 mm at depths between 25 and 40 meters below the surface. Shafts will be constructed at up to 1200-meter intervals. In early 2012, the construction of the largest section of the Emscher interceptor was awarded to Wayss & Freytag ingenieurbau. The contract requires the construction of about 47 km of sewer tunnels. In addition to the tunnels, more than 100 construction pits have to be excavated, from which the tunnels will be driven by pipe jacking. In October 2015, tunnelling was successfully completed ensuring that upon project completion, the whole river Emscher will be free of wastewater and can be returned to its natural state with ecologically redesigned rivers and new recreational areas.
Presented by Klaus Rieker - Wayss & Freytag IngenieurBau AG

Safety Initiative of the Year 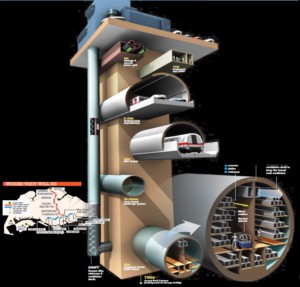 Cable Tunnel project involves the construction of the 35km long tunnel, averaging 60m deep to house the 400kV and 230kV transmission cable. ABSIS is introduced in this project as a systematic approach to address safety issues in various critical tunnelling activities. It is a platform where work activities are captured in a video. By viewing the video footage of themselves carrying out the works, the workers, without any language barriers, are able to see for witness the safety lapses they subject themselves to, as well as the good practices they achieve, but also can adopt.
Presented by Edward Raj - SP Powergrid Limited

Innovative Use of Underground Space 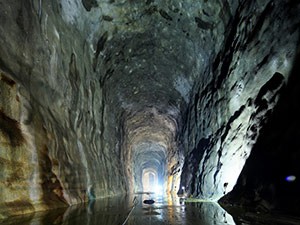 Jurong rock caverns (JRC) are located on Jurong Island and is Southeast Asia’s ﬁrst commercial underground facility for the storage of liquid hydrocarbons such as crude oil and condensate. “JRC” located 150 meters below the ground is able to optimize land use by saving up to 60ha of aboveground land, ensuring safety and security of the products in storage whilst reinforcing Singapore’s position as a leading energy and chemicals hub. With its successful completion, JTC and Singapore is well positioned to explore more innovative solutions to further promote Singapore’s economic growth.
Presented by Teo Tiong Yong - JTC Corporation

Young Tunneller of the Year 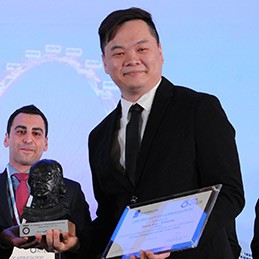 Derek Eng studied civil engineering, professionally trained in the ﬁeld of tunnelling, vocationally called to empower young engineers and tunnellers using his hard-gained experiences and knowledge. He currently works as an assistant manager in the tunnel department for MMC GAMUDA KVMRT (T) Sdn Bhd., a notable Malaysian based company and the main contractor for the underground stations and tunnel constructions for mass rapid transit project. Derek’s journey in his career thus far, has grown and moved beyond just the technicalities of tunnelling, focusing a lot on providing professional training related to tunnelling and inspiring young school leavers to take up engineering as the career of choice. 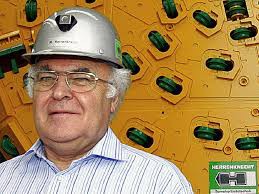 Martin Herrenknecht received the Lifetime Achievement Award for his remarkable contributions in Tunnelling. After studies at the Konstanz University of Applied Sciences, from which he was graduated in 1964, he founded his own company in 1975, specialized in Tunnel Boring Machines. In 2010, Herrenknecht AG, his company, was recognized for drilling the largest tunnel in the world. He also took part in the rewarded Eurasia Tunnel Project, elected Major Project of the Year 2015